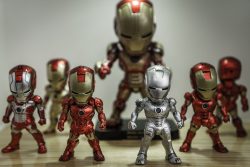 Sometimes, an unknown leader comes out of nowhere and captures the world’s interest for a few years, only to disappear and never be heard from again. And then there are leaders who become legends.

“A one-hit wonder is a legend who stopped early,” according to marketing whiz Seth Godin. Legendary leaders are relentless in the pursuit of success, even in their not-so-stellar moments. However, they do much more than that: they redefine the leadership role for themselves.

Here’s what it takes to exert the level of influence that will give legendary status as a leader:

Legendary leaders strip fear of its power by confronting all problems directly. In the absence of fear, people see roadblocks as opportunities and as challenges to be solved. This leads to collaboration, creativity, thought-provoking work – and, often, accomplishing the inconceivable.

In challenging times, legendary leaders know that there’s always a way forward. Pushing boundaries and untethering themselves from conventional wisdom is what alters their trajectory and creates the next compelling vision that guides them forward.

Opt not to chart every point from start to finish on the roadmap to becoming a legendary leader. A quick arrival can be a short-term boost to your ego and your reputation, but can also rob you of the of the texture, learning, and insights that a less direct route offers. Legends don’t settle for the immediate signs that others would notice as success—like a fancy title and a big office at a prestigious company — but rather opt for experiences that serve them better in the long run.

Legends know that when tough situations arise, they’re merely blips on the radar. A hopeful but realistic approach gets them over the momentary setback – they exude optimism. Grounded in the real world, they don’t overlook the cost of failure, nor do they let it become overwhelming. With newfound knowledge, they end every situation on a high note.

Susan Gilell-Stuy is coaching the next generation of executive leaders with a deeper approach and strategies tailored to each individual.

Let’s find out if we’re a fit.

Tell me more about you and we’ll take it from there.